Jane is a happy and energetic 7-year-old child who lives with her parents and two siblings in Chicago, IL. She was diagnosed with Crohn’s Disease when she was 2 years old and owes her life to medical nutrition. When Jane was 2 years old she had presented to gastroenterology service for malnutrition, fatigue, anemia and diarrhea of six to seven times per day. Jane’s parents reported a 5-pound weight loss in the last 6 weeks, and her intake included rice, toast, soup and almond milk. Her weight was 20 pounds, which plots less than the 3rd percentile on Centers for Disease Control and Prevention’s (CDC) growth charts, and her height was 33.5 inches, which plots on the 31st percentile for age. Her body mass index (BMI) was 12.6kg/m2 which plots less than the 3rd percentile for age. Her anthropometrics (or measurement of the human body) reflected severe acute malnutrition.

Based on her current nutritional status and severity of Crohn’s disease, the family, along with a gastroenterologist and inflammatory bowel disease (IBD) team, recommended Exclusive Enteral Nutrition (EEN) therapy for induction therapy. Jane was prescribed to drink a standard polymeric formula to provide 100% of estimated nutritional needs for 8 weeks. The IBD team explained to the family that if Jane was unable to drink the prescribed volume, a naso-gastric tube could be placed so Jane could get the required nutrients without having to drink the prescribed amount. Jane was able to drink the formula, so a naso-gastric tube was not necessary. Jane’s formula cost out of pocket for EEN was approximately $300 per month. Her team of health care providers attempted to obtain insurance coverage but was denied even after appeals were attempted. At her appointment 2 months later, Jane continued on EEN which was meeting her nutrition needs. She had gained 5.5 pounds, grew .41of an inch and her BMI improved to 15.4kg/m2. Her anthropometrics reflected nutritional rehabilitation and she is was no longer malnourished. EEN had successfully induced remission with mucosal healing and improved her nutritional status. The family and IBD team then weaned the EEN and put her on maintenance drug therapy, with a gradual food reintroduction with concomitant decrease of formula over a two-to-three week period.

Over the next few years, EEN was successfully used to treat Jane when she had a flare of her Crohn’s disease.
Jane’s anthropometrics reflect a well-nourished 7-year-old who enjoys playing soccer and is thriving.

Other Illinois residents who rely on medical foods 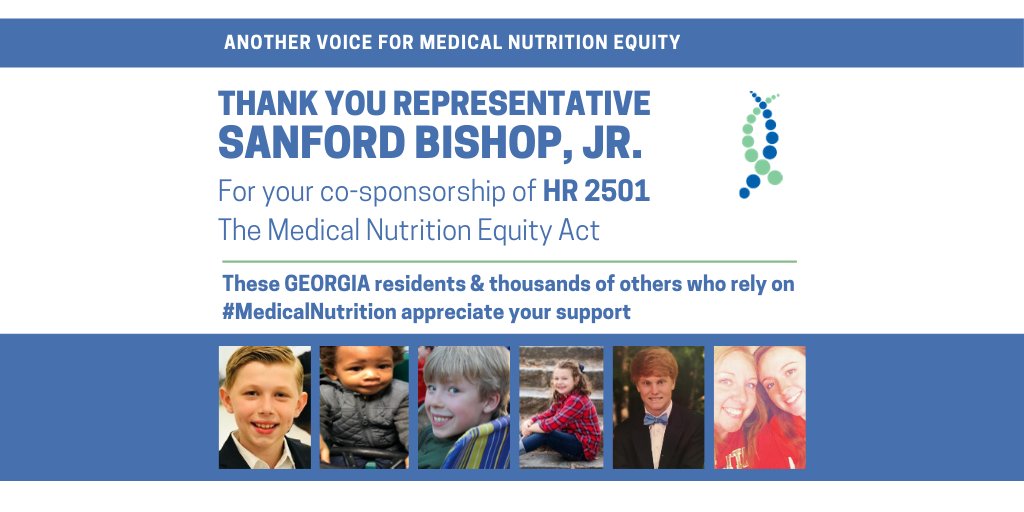 Fantastic coverage on the #MNEA from the #PKU community: https://t.co/s9FKxPMCJf #MedicalNutritionEquityNow

Thank you @CongMikeSimpson for your support of HR2501, the Medical Nutrition Equity Act. Your leadership on this issue is important to all your constituents and everyone who relies on #medicalNutrition. With your support, we’ll achieve #MedicalNutritionEquityNow #PPMNE https://t.co/mSMydx6CNl 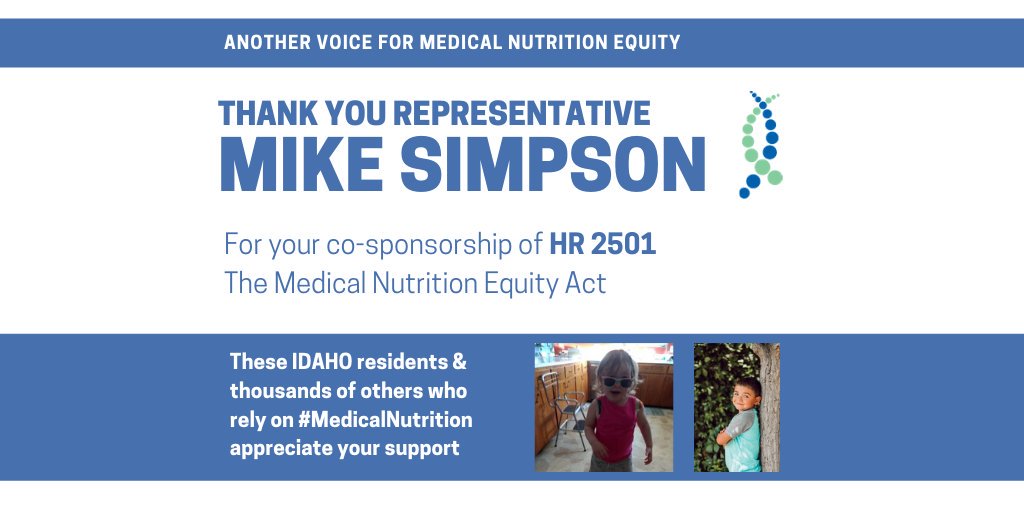 Thank you @RepDean for co-sponsoring HR2501, the Medical Nutrition Equity Act. Your leadership on this issue gives hope to these Pennsylvania residents & the thousands of others who rely on #medicalNutrition. With your help we’ll achieve #medicalNutritionEquityNow https://t.co/YCHW2cszv7 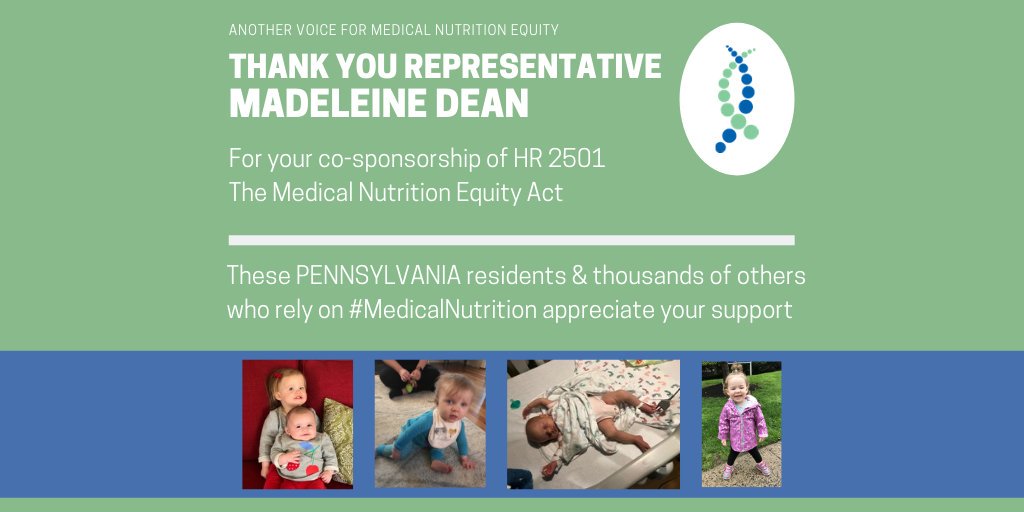 Thank you @gracenapolitano for your co-sponsorship of HR2501, the Medical Nutrition Equity Act. California residents and the thousands of other Americans who require #medicalnutrition appreciate your support. Together, we’ll achieve #medicalNutritionEquityNow. #PPMNE https://t.co/xnFa4LvSvX 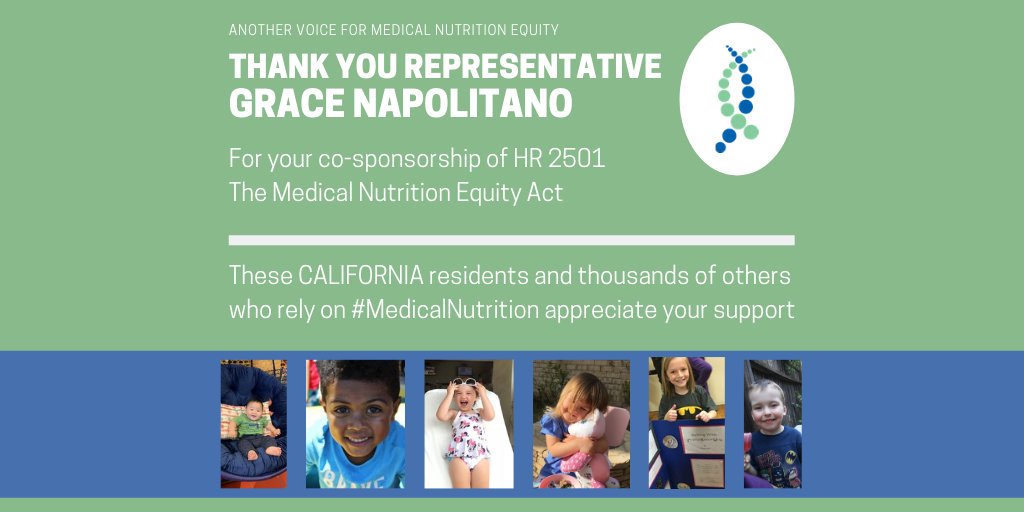 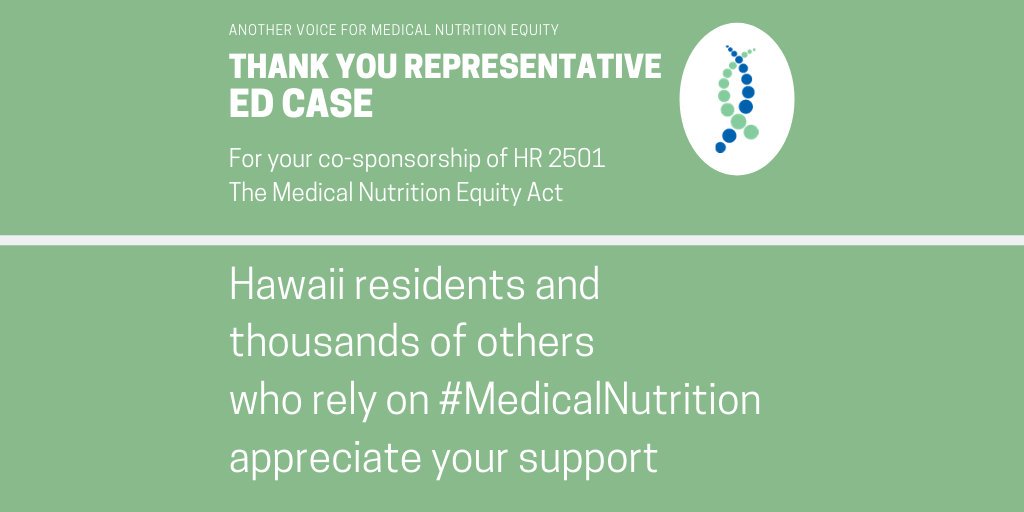 1
6
The Medical Nutrition Equity Act will provide key support for those Americans who rely on medical foods to survive and thrive.